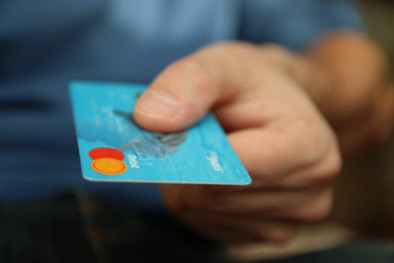 A recent study has revealed that while the majority of Brits are (still) in debt this year, the amount they owe is less than in 2016, a sign that matters are moving somewhat in the right direction. Given the strain that being in debt can cause, it’s positive to see that the average Brit is now taking out £363 in new debt, compared with £446 in 2016.

This marks a decrease of 18% in terms of average debt, VoucherCodes’ Annual Cost of Living Life Report reveals. However, 63% of survey participants still admitted to being in debt, which means that there’s a way to go to yet before we can even hope to become a debt-free nation.

Men would have slightly farther to go to get debt-free, as they have borrowed an average of £389 versus women’s £344, but it is the millennial generation (those aged 18 to 34) that has borrowed the most since January, accumulating an average of £540 in new debt in 2017, more than double the amount over-55s have borrowed at £202.

This age discrepancy might be explained by the top driver of debt, which is student loans, with an average of £5,162 borrowed to pay for higher education in 2017, down from a whopping £9,057 in 2016. Given the rising cost of living and wage stagnation, the 43% decrease in student loan debt might not have been enough to allow millennials to decrease their other debt burdens.

All this debt requires careful management, which is why it’s worrying that the survey found 27% of respondents were clueless as to how much debt they are actually in. While it may be tempting to stick your head in the sand, the first step to becoming debt-free is to take stock of your debts.

Once you have an idea of how much debt you’re in, and from where, you can see whether it would be beneficial to consolidate all your debts onto a 0% balance transfer credit card, which will give you some interest-free time to pay off the amount. If you have a larger debt than can be put on a credit card, you might be able to  consolidate everything into an unsecured loan, which would still allow you to focus on one main debt that needs repaying. For some with meagre resources but possessing a home with equity, taking out a secured loan may be a way forward as long as they are aware of the risks.

Luckily for those with larger debts, loan rates have been decreasing over the past five years, with Moneyfacts data showing that the average interest rate on a loan of £7,500 stands at 4.7%, down from 8.3% in August 2012. Similarly, if you need a loan of £10,000, the average has decreased from 8.1% in 2012 to 4.6% this month. Finance experts are predicting imminent rate rises so it may be wise not to wait around too long if they are thinking about applying for a competitive secured or unsecured personal loan.

It should be noted, though, that these interventions will only help if you can manage to cancel and cut up your (other) credit cards and otherwise stop adding to the debt. If you need help there are several charitable organisations that you can turn to for personal,