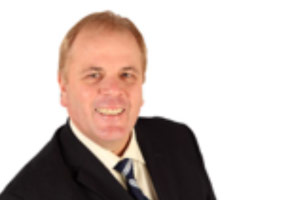 Six out of ten UK brokers now expect total UK lending to reach between £240 to 260bn next year; a further 15% believe the market could top out at over £260bn. The projected increase comes on the back of credible indications that the Bank of England intends to raise the Official Bank Rate for the first time since July 2007 when rates were at 5.75%. Many with longer memories will remember that the UK had double digit rates for most of the 70’s, 80’s and early 90’s.

While no pundits are anticipating an increase to anywhere near these levels, the impact of a .25% to .5% rise will cause panic in many circles. For many on interest only mortgages it may herald a crisis.

Legal & General Mortgage Club recently revealed brokers are anticipating a 51% increase in business from home owners on standard variable rates or those nearing the end of their current deals seeking to fix their mortgage at a favourable rate while still possible.

We believe market positivity is an indication that the market remains robust in the face of Brexit uncertainty while choices for borrowers continue to grow. New lenders, increased competition, good availability of funding and higher loans-to-value show lenders are still keen to lend – a strong trend we anticipate will continue into 2018.

“Our practice advisers have already commenced a review of our 5,000 clients to inform those able to refinance or bring forward new purchases to do so before the Bank raises rates. Lead times from application to completion are now beyond 7 weeks for most new applications as lender systems become blocked. Our advice to remortgagers and buyers to apply now and lock in a rate before it is becomes unnecessarily expensive for you.”